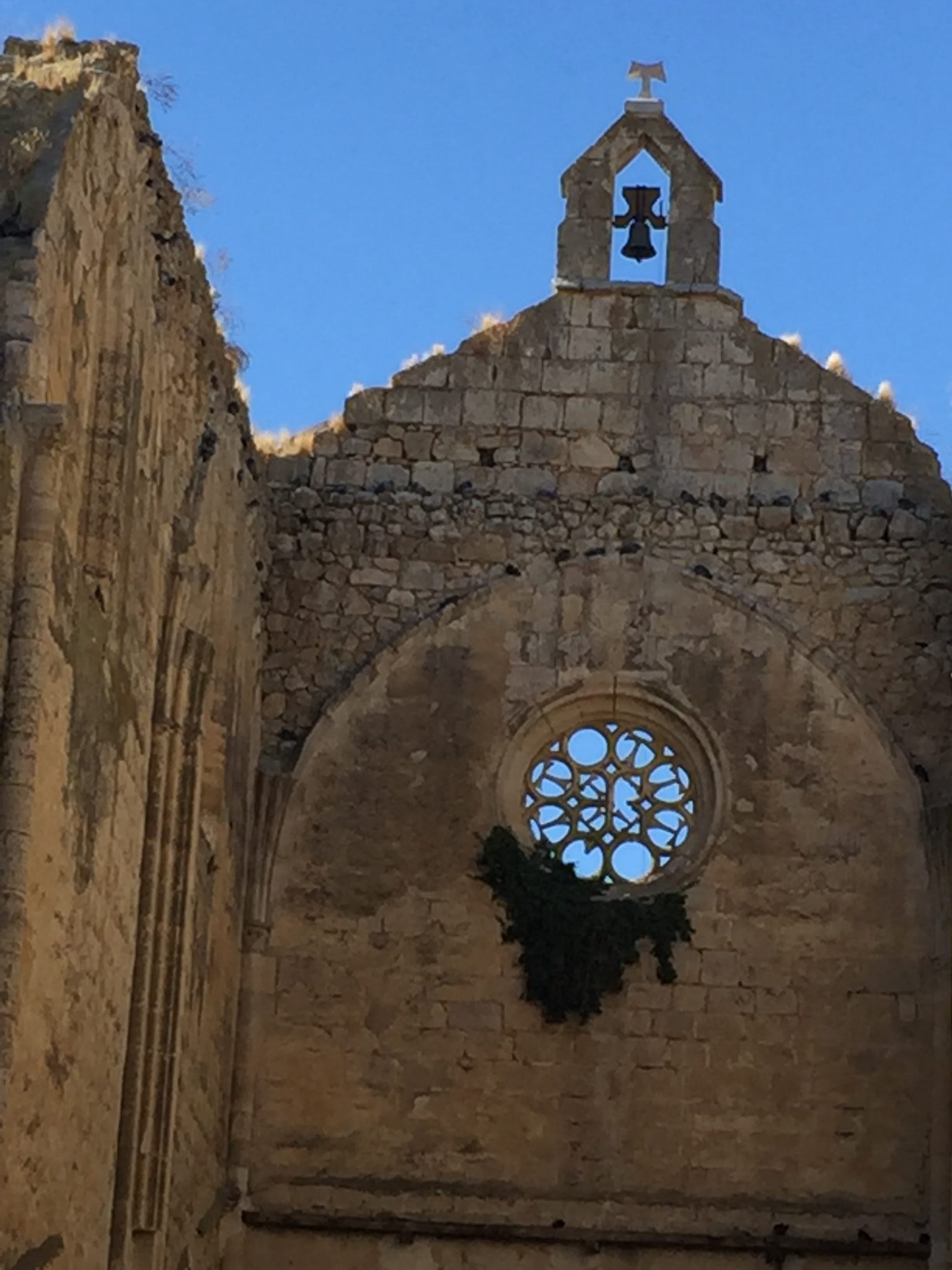 I’m going to back up a couple of days to tell you about our walk from San Bol to Castrojeriz. It is considered part of the Meseta but I thought it was lovely. Maybe I haven’t hit the boring part, yet. 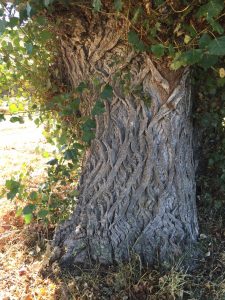 We stopped for lunch in Hontanas and discovered our favorite chapel so far. It felt like a combination of a church, kindergarten, library and art museum. There was even a little place covered in pillows and Bibles in a half dozen languages to lounge and read on the floor. 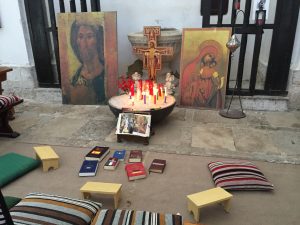 It had a giant bowl of sand in the middle and multi-colored candles you could light and leave in the sand. Being from a Protestant background, I’m new to this candle-lighting/prayer-leaving ceremony but I really love it. Although, I accidentally lit the wrong end of the candle. Claus said I should just go with it and trust the “mistake” and light the other end, as well. So, I did and then I left it in the sand on its side. My prayer was that I might burn the candle at both ends with the light of Jesus and lay my life down with the love of God. 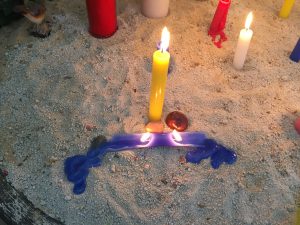 This is the second time we have been in a chapel and the sun has shone through one of the windows and spotlighted something for Claus. The first time was in a little chapel outside Belarado when the rays shone directly on a picture of the Passion moment when Jesus crumbled under the weight of the cross and the Romans enlisted Simon of Cyrene to carry it for him the rest of the way. Claus’ prayer before walking the Camino was that God would help him “carry his cross.” This was such a tender and profound moment for God to answer so personally. 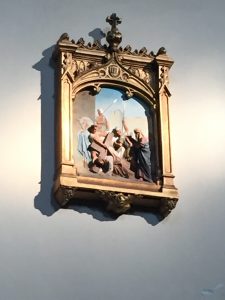 Today, the sun was shining directly on the fleurish under the “Christ of the Sacred Heart.” I can’t imagine a more meaningful message than the one of Christ’s divine love for us as we share in humanity with Him. 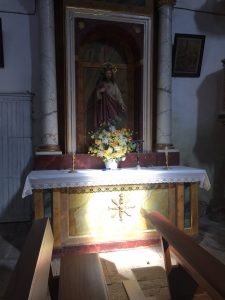 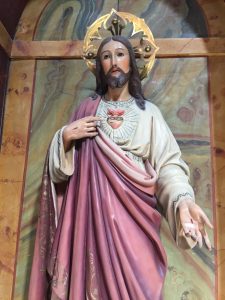 From there we made our way toward Castrojeriz. I said to Claus that I wish we had packed more picnics instead of eating at the café/bars everyday. Just as I said this, we turned a corner and came face-to-face with the most gorgeous ruins. He said, “This would have been a perfect place for a picnic.” 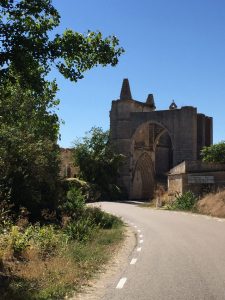 We decided to explore it a bit before walking on. I’m so glad we did. What we didn’t realize was there was an albergue/hospital (not as in medical) behind the ruins. It was like stumbling upon hidden treasure. We talked to the volunteer hospitelero and she told us that there was no electricity or hot water and they ate the pilgrim’s dinner by candlelight each evening. Oh, that sounded like such a wonderful experience. 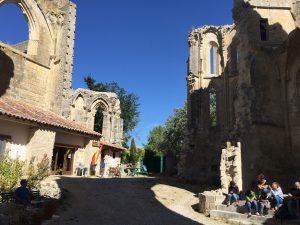 Claus and I both looked at each other knowing we were both thinking the same thing – how could we miss this opportunity?! The problem was, I had already reserved a place for us in Castrojeriz AND I really didn’t want to take a cold shower. This may sound silly but it was a big step for me to say what I really felt and wanted knowing that Claus wanted to stay. But, I’ve been practicing listening, trusting and following my own heart. So, I said, “You want to stay. I want to leave. Why don’t we see if we can find the “Third Way.”” And, we did. We asked the hospitelero if we could walk the 4K to Castrojeriz where we had made reservations, drop off our backpacks, take a shower, come back here for dinner then walk back in the dark. It actually sounded really romantic, special and fun – win/win all around. She agreed to let us do this but she said she would text me if pilgrims showed up who wanted to stay all night. 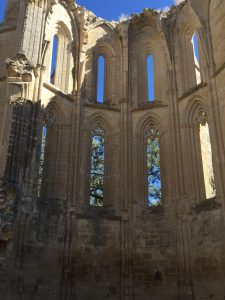 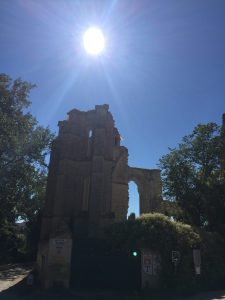 We were both disappointed when I received a text later saying a group of pilgrims had arrived and we couldn’t return for the candlelight dinner. 🙁 But, we trusted and I knew that the lesson I had learned about speaking up for my heart’s desire didn’t mean I had to ignore others’ wants and needs was even more important. As it turned out, we had an evening straight out of a movie! After a delicious meal, we found a terrace to sit outside under the stars, snuggled up in a blanket, drinking café con leche and eating chocolate cake. As we were commenting on how different this Camino was than either one of us ever imagined, fireworks began going off in the distance. I’m not kidding. Of course, if it had been a real movie, it would have happened right after a kiss but there’s always the sequel for that!